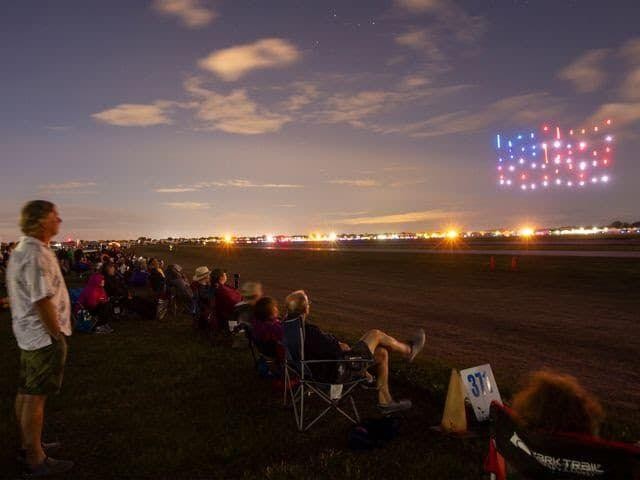 A drone show scheduled to take place on the evening of the Fourth of July has been cancelled due to technical problems with the drones’ software, the Aspen Chamber Resort Association and the drone operator announced on Tuesday.

This marks the second year in a row that the drone show, which would be the first of its kind in Aspen, has been cancelled. Last year, ACRA brought in the drones, from the Great Lakes Drone Co. of Michigan, to replace the traditional Independence Day fireworks show because of dry conditions and fire danger. But the show was cancelled at the last minute due to high winds.

The drone show was set to take place as part of this year’s celebrations as a make good on the contract. Pitkin County commissioners also enacted a county-wide, season-long ban on fireworks in May as a proactive measure against wildfire, though it can be lifted for special events if the sheriff determines that conditions are safe.

ACRA found out on Tuesday from the drone operator that they had to cancel Thursday’s show because of safety concerns, said Melissa Wisenbaker with Promo Communications, a PR firm that works with ACRA.

“This was something that happened very last minute,” she said.

She added that even if ACRA somehow could pull together a fireworks show in 48 hours, it would not do so as it is sensitive to concerns about fire danger. Wisenbaker said that danger is still an issue, even with the moisture that has occurred this spring and early summer.

A press release from ACRA issued at about 5 p.m. on Tuesday included a statement from Matthew Quinn, owner and CEO of the Great Lakes Drone Co.

“In an effort to maintain the highest safety and quality performance standards, we have issued a safety stand down to our drone light show fleet until further notice,” Quinn said in the release. “We identified a backend communications logic failure with our software and communications equipment. Until our software vendor can thoroughly identify and correct this issue through performance-based testing, we will keep our fleet grounded. As hard as this decision is for any company to make, we feel it is the right one and in line with the aviation industry standards of safety."